On November 18th-19th, World Educational Robot Contest (WER) 2017 World Championship was held in Shanghai National Convention and Exhibition Center, attracting over 10,000 contestants from more than 50 countries. As the only designated competition platform of WER, 7 series of Abilix’s educational robots, namely brick, mobile, modular, humanoid and flying, made a brilliant appearance, which were praised by small players and participants. 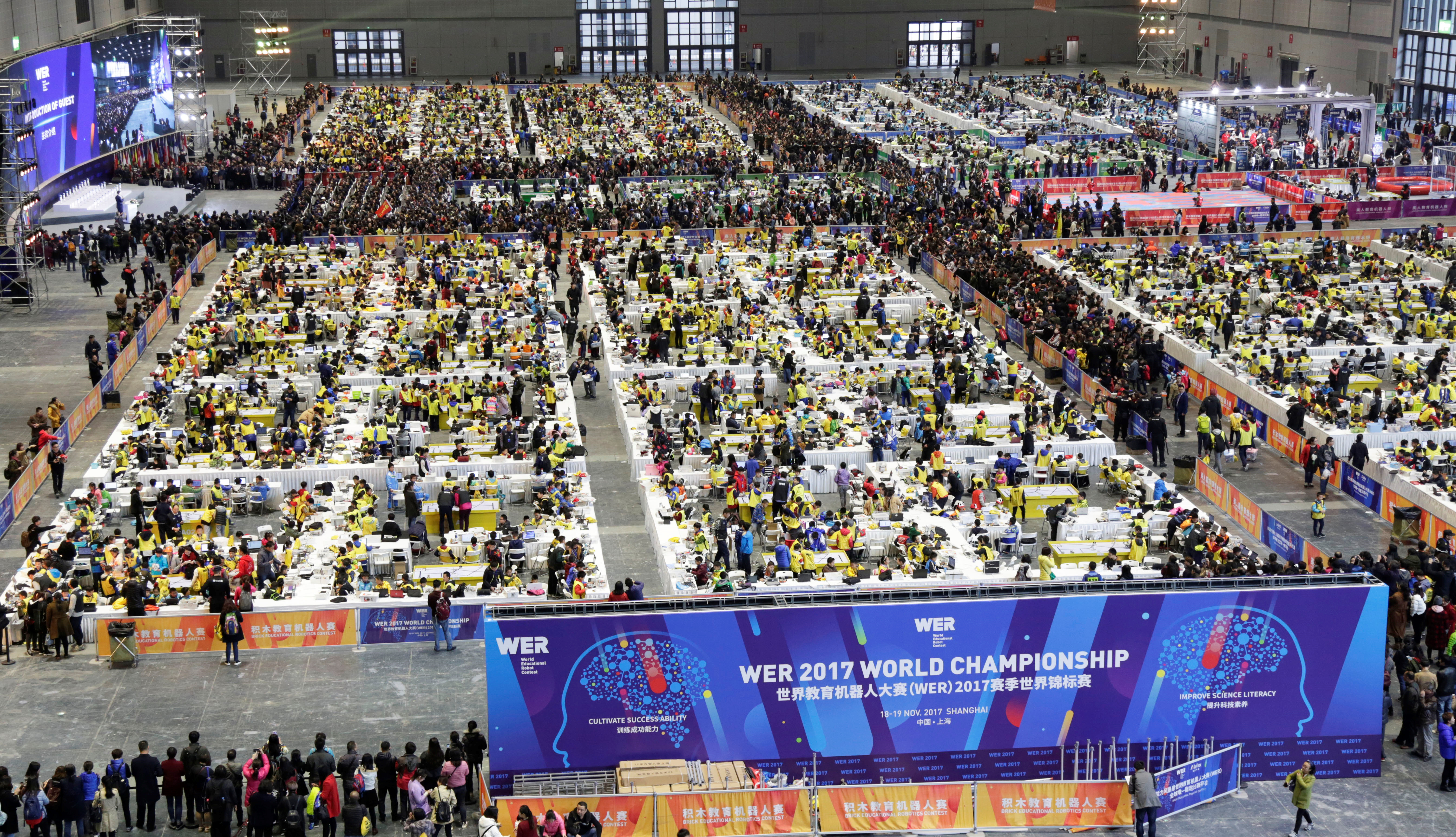 Co-founder of WER, Prof. Jake Mendelssohn made a speech

WER（World Educational Robot Contest）was launched and sponsored by the WERS (World Educational Robotics Society), as a international educational robots contest mainly for young people aged 3-18 around the world. Its core concept is training successful accomplishment（analytical, creative and practical ability), sharpening scientific and technological talents. With the expansion of WER influence, more and more children from different countries and regions participate in WER. The winners of WER World Championship will also bring great honor to themselves, their schools and countries, receive scholarships and even be directly admitted to famous universities or gain an important basis for admission. In the WER 2017 season, more than 500,000 competitors from more than 50 countries and regions participated in the WER trials at all levels. Interviewer for MIT China, Prof. Fung Benli made a speech

These innovative and interesting disciplines setting were welcomed by many guests, overturning the stereotypical impression that educational robot competition is equivalent to building blocks and programming. 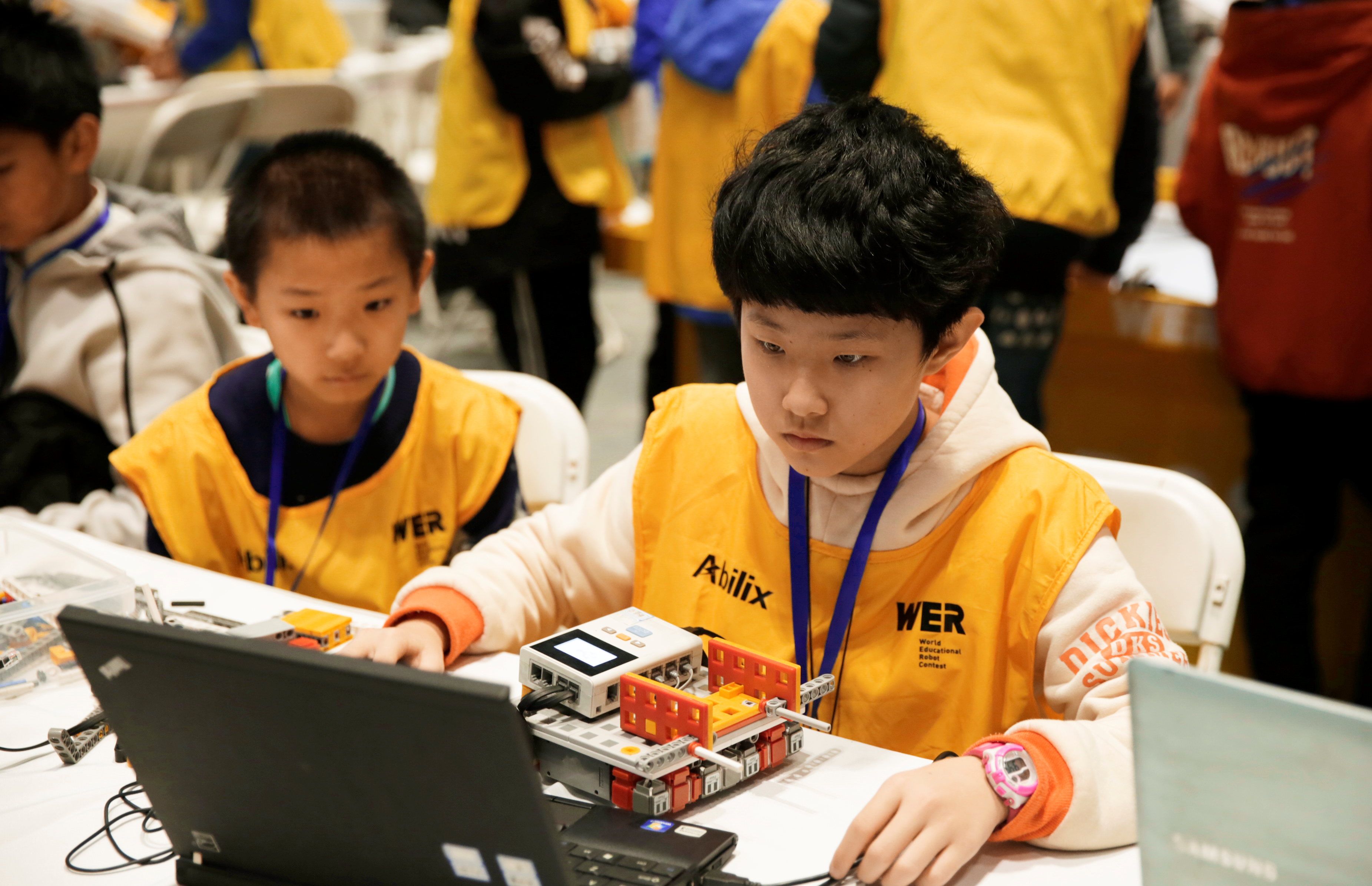 A group of players who participated in the mechanical innovation competition were particularly noticeable in the match. Many of them were below 5 years old, attending kindergarten classes. These children may not yet understand the meaning of “competition”, but the way they carefully set up their tracks and cooperated with their peers was really touching. Many parents on-site were very excited. They believed that it was a great experience for their children to have the chance to participate in the global competition of WER when they were so young. It was also the original intention of the Contest Committee to set up the mechanical innovation contest for younger age group, to give young children more opportunities to participate, to let them experience the joy of innovation and creativity from an early age, and to realize the importance of teamwork.

Two days flew by, these lovely children have experienced a lot and gained a lot, such as honor, friendship, laughter, sweat and so on, in this place which was both a battlefield and a stage. The 2017 WER World Championship ended successfully. Looking forward to seeing you next year!