The most vivid educational robot, new member of PartnerX has come
Issued on：2017-06-12 Scene of the conference

Unlike traditional releasing conferences, Boya integrates the research and development ability and creative ability of Abilix. Boya is featured by its uniform power and non-power joints, larger number of intelligent motors and revolutionary skin design which are all subversive. It’s user-friendly. With infinite creation, and cool scientific elements, Boya is unprecedentedly vivid.

As a modular educational robot, Boya possesses uniform power and non-power joints. As the power units, the modular design of power joints can save the time of attachment while at the same time enhance the stability of robots so that adolescents can get familiar with it soon. Non-power joints support and polish the robot. With them, Boya can be designed into different shapes or some robotic “creatures”. Users can demonstrate their infinite creativity through Boya.

To refresh people’s knowledge on robots and make more vivid effect. Boya, for the first time, adopts the revolutionary functional skin, equipped with lights and sensors like sonar and camera, the design enhances the robot’s sense to the largest, thus making it more scientific and stylish.

The stylish outlook should be accompanied by powerful brain. Equipped with the powerful 32-digit processor, Abilix Brain B v1.0, Boya is featured by its strong calculation ability and powerful voice & image recognition abilities. The environmental friendly lithium battery of it boasts the overcharge protection technology, which enables recharges. 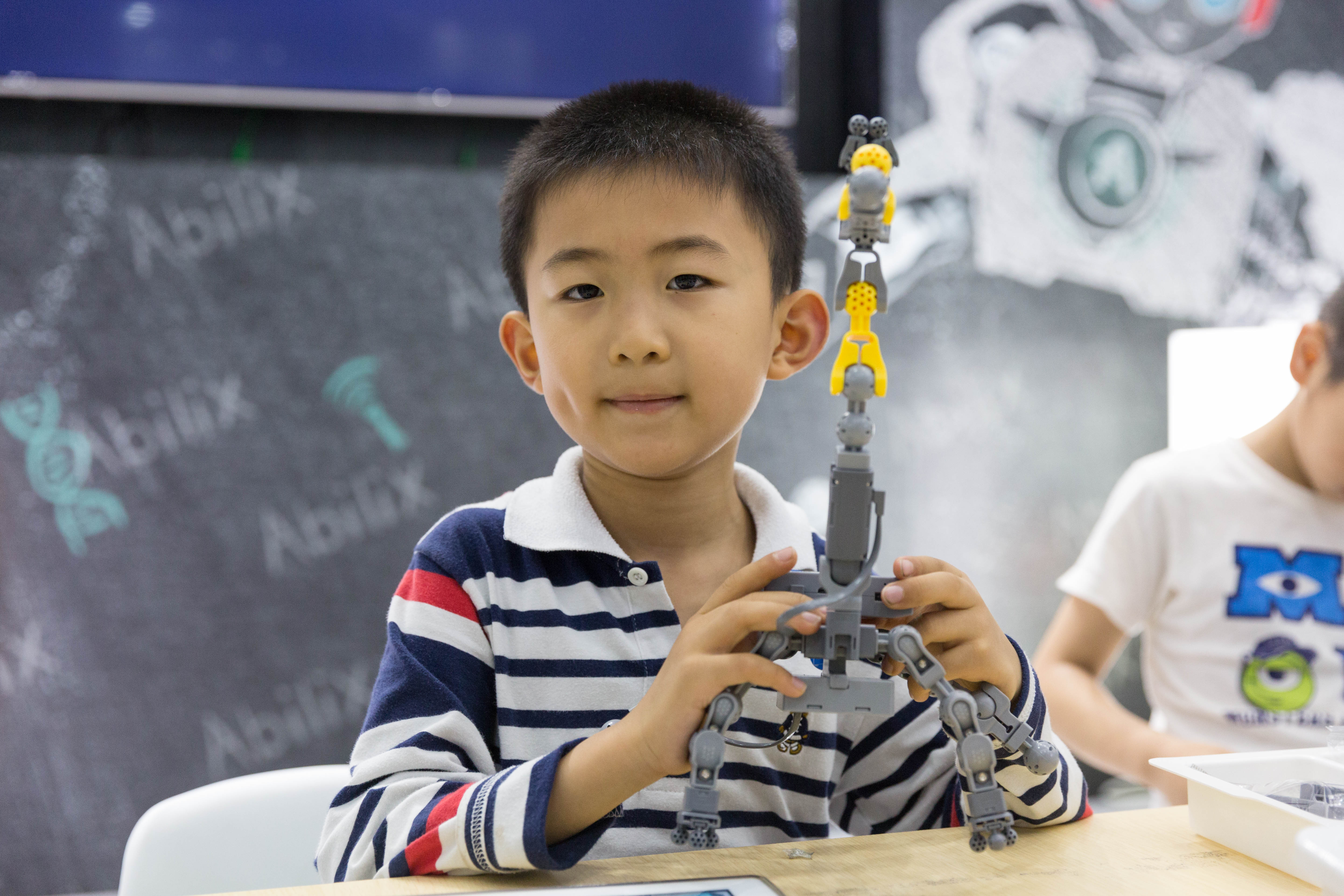 The most vivid joints, style, skin and brain enable users to build animals, conceptional mechanic, insects and human beings in different styles. The design space and practical space are both abound.

Four levels of programming APPs available according to demands

Like other series of Abilix, Boya also possesses a four-level APP system, applicable to adolescents of different ages with different programming demands.

Start from imagination, loyal to education

Boya comes from the creation and imagination of Abilix R&D personnel and product designers. In return, it helps the adolescents to build whatever they want to the largest extent, that is to say, realize their ideas in the simplest method while having fun. 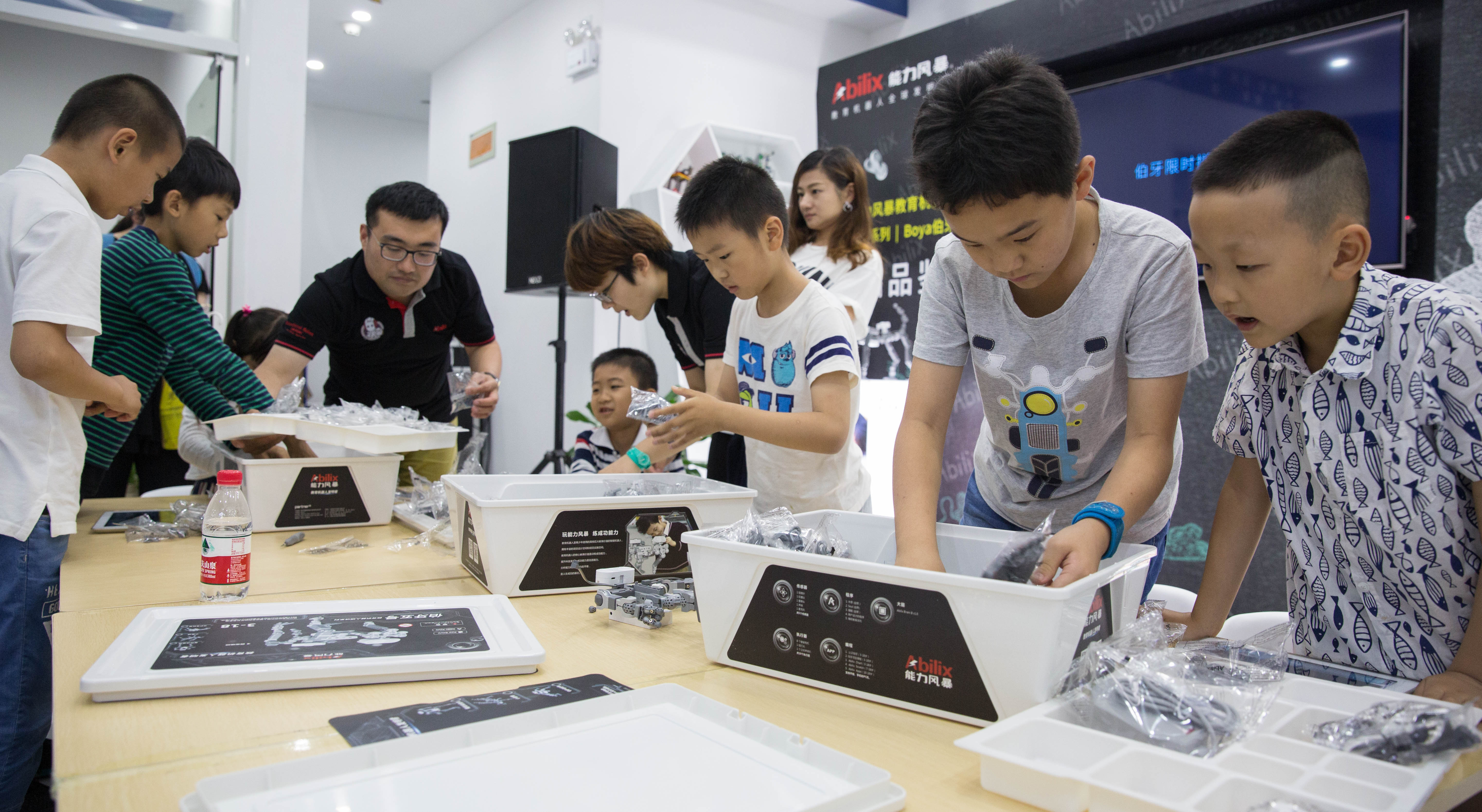 Kids are eager to have a try

On the site of releasing conference, Mr. Zhang Tielong, teacher responsible for lab of Gaomi No. 1 Middle School in Shandong Province, shared his experience in educational robot teaching in the past decade. Mr. Zhang believed that educational robots enabled students to think like scientists and design and practice like engineers. Their independent thinking and practical abilities are thus trained. Students experience different projects in experiments and persist in making trials until the success of project. These qualities contribute to the enhancement of students’ success ability. (creative ability, analytic ability and practical ability). 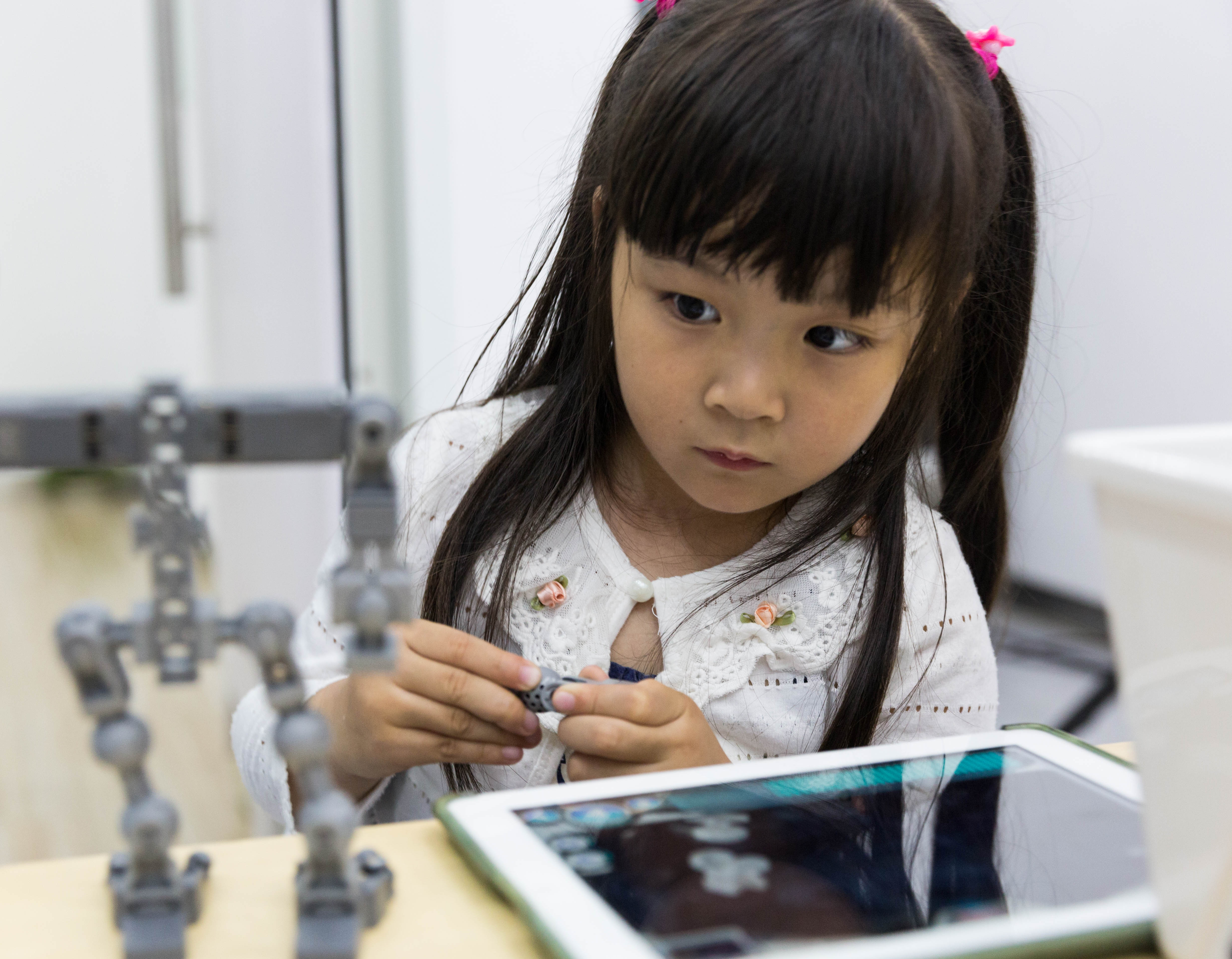 analyze carefully on how to build

The user-friendly design, vivid postures and cool outlook of Boya all make adolescents intimate to it. They are willing to play and study with it. For this reason, these educational robot lovers will have more opportunities to get in touch and utilize scientific and technological knowledge in fields like mathematics, physics, mechanics, electronics, computer and artificial intelligence. Their scientific and technological literacy is enhanced unconsciously.